Two-time award-winning recording artist Crystal Starr, as The Source Magazine calls her “The Girl with the Golden Voice”, releases a pop anthem ahead of her forthcoming album, Popstarr. The new single “Head Over Heels” is an undeniable love song not to be overlooked that projects you right in the middle of two current HIT TV shows, “STRANGER THINGS” and “PHYSICAL.”  “Head Over Heels” enters a time machine into the fleeting feeling of the 80’s, the soundtrack of endless love and ruthless hope.

As an artist, she encapsulates the iconic pop stars of the past and present: J.Lo, Alicia Keys, Aaliyah, and Whitney Houston. The singer has been entrancing audiences and sharing stages with Jessica Simpson, Ariana Grande, Stevie Wonder, Kanye West, John Legend, Paul Stanley, Drake, Lady Gaga, and many more. The singing sensation of today’s music is the definition of a phenomenon that’s about to headline her own U.S tour.

The singer, songwriter, producer, CEO, philanthropist, and founder of Little Voices is a music business and entertainment legend in the making. Meet me on a crescent moon, yeah I’ll catch a star for you…Crystal Starr boldly defies the music in her soul and the purpose in her heart as she captivates fans through a euphoric sound and message.

The new album track is produced by Grammy Award-winning American record producer, songwriter, and multi-instrumentalist Keith Harris, best known for his work on the Black Eyed Peas’; “Imma Be” and Estelle’s “American Boy”, and record producer and engineer Renard Hughes. “Head Over Heels” is currently available for Pre-Save.

Crystal Starr has built a reputation that continues to emerge as one of the most talented performers today. With her powerful vocals and fun modern twist on ‘80s and ‘90s pop music, “Head Over Heels” is a catchy song that will have you reminiscing about that special someone. Crystal says, “I wrote the song based on the love I saw my grandparents have for each other growing up. The type of love that doesn’t fade, or envy, or leave when someone gets upset at one another. The type of love that is not selfish and self-seeking.” Crystal Starr attracts fans of all generations as a singer who sets the mood and never wants to lose her sense of love.

The song “Head Over Heels” showcases the dance rhythms and melodies to convey the message of a long-lasting connection. Crystal boldly defies her craft so that listeners can feel what she feels. The song sheds light on the vision of relationships that are extraordinary and encompass raw emotion. Crystal says, “My grandparents didn’t just cancel each other when they disagreed. They worked through it and respected each other.”

Paying tribute to a few of Crystal’s influences in her life, specifically her grandparents, there’s no denying that they hold a prominent place in Crystal’s heart and in her career. The singer adds, “I think our world needs a little more love and compassion in today’s society.”

Known for her hit songs like “All Mine”, “I Still Love You”, “Again” and her album #She, Crystal Starr is a timeless artist with an unmistakable voice. Her second album, #She was an inspiration for women to come together and celebrate the power of unity.

On August 13th, at 6:00 PM, Crystal will be hosting a Little Voices’ ‘Paint Night Under the Stars’ with live music, food, wine, canvas, and raffles. The event is to raise money for foster kids. Guests are encouraged to bring a backpack, which will be given to Hillside Foster Home for children in care. Those who participate in the donation will receive five free raffle tickets. To purchase tickets to the event, please visit www.Littlevoices.me.

Two-time award-winning recording artist, Crystal Starr, is the new POP-STAR Phenomena! “The Girl with the Golden Voice” has captivated audiences all over the world through her well-crafted brand. Her colorful visuals, powerful voice, and pop-feel-good aesthetic are thrillingly mesmerizing. Crystal’s fun and unique style has a modern-day twist to ‘80s and ‘90s pop music. Along with being a singer, songwriter, producer, CEO, philanthropist, and founder of Little Voices, Crystal Starr is an artist with music in her soul and purpose in her heart.

The talented and bilingual artist, born to a Puerto Rican mother and an African American father, recalls growing up surrounded by music. Whether it was Madonna, Prince, or Salsa, Crystal had a full experience of different music genres, many of which have influenced her musical journey. Her distinctive voice and stage presence are often compared to the likes of Beyonce, Mariah Carey, J.Lo, and even Whitney Houston.

At only sixteen years of age and without a single voice lesson prior, Crystal landed her first professional gig singing for pop sensation Jessica Simpson. Since then, she has been unstoppable as she’s shared the stage with major artists like Ariana Grande, Stevie Wonder, Kanye West, John Legend, Paul Stanley, Drake, Lady Gaga, The Jacksons, Pitbull, Neo, and more.

She also had a starring role in the hit Broadway Show Baby It’s You. She recently headlined at the Electric Forest Festival 2022, attended by over 100,000 people, sharing the stage with String Cheese Incident. The powerhouse singer-songwriter has released three albums, and her second, album, #SHE, had two singles in the top 100 music charts. Coming off her latest hit single, “All Mine,” produced by Crystal Starr and Grammy Nominated producers Bizkit and Butta, which has been taking radio by storm, Crystal is set to release the next single, ‘Head Over Heels’, produced by Grammy Award winning producer Black Eyed Peas’ Keith Harris and Renard Hughes, off of her forthcoming album, Pop Starr, this August.

In 2011, after having seen first-hand the many hardships and disappointments foster kids endure, Crystal realized she could combine her passion for music and serving others to help represent those who feel they are voiceless. Crystal is the founder of Little Voices Nonprofit, which has impacted over 1 million young lives in foster care and inner city youth. As seen on tour, Crystal Starr’s powerful voice and high-energy dynamic stage presence continues to captivate her fans worldwide. 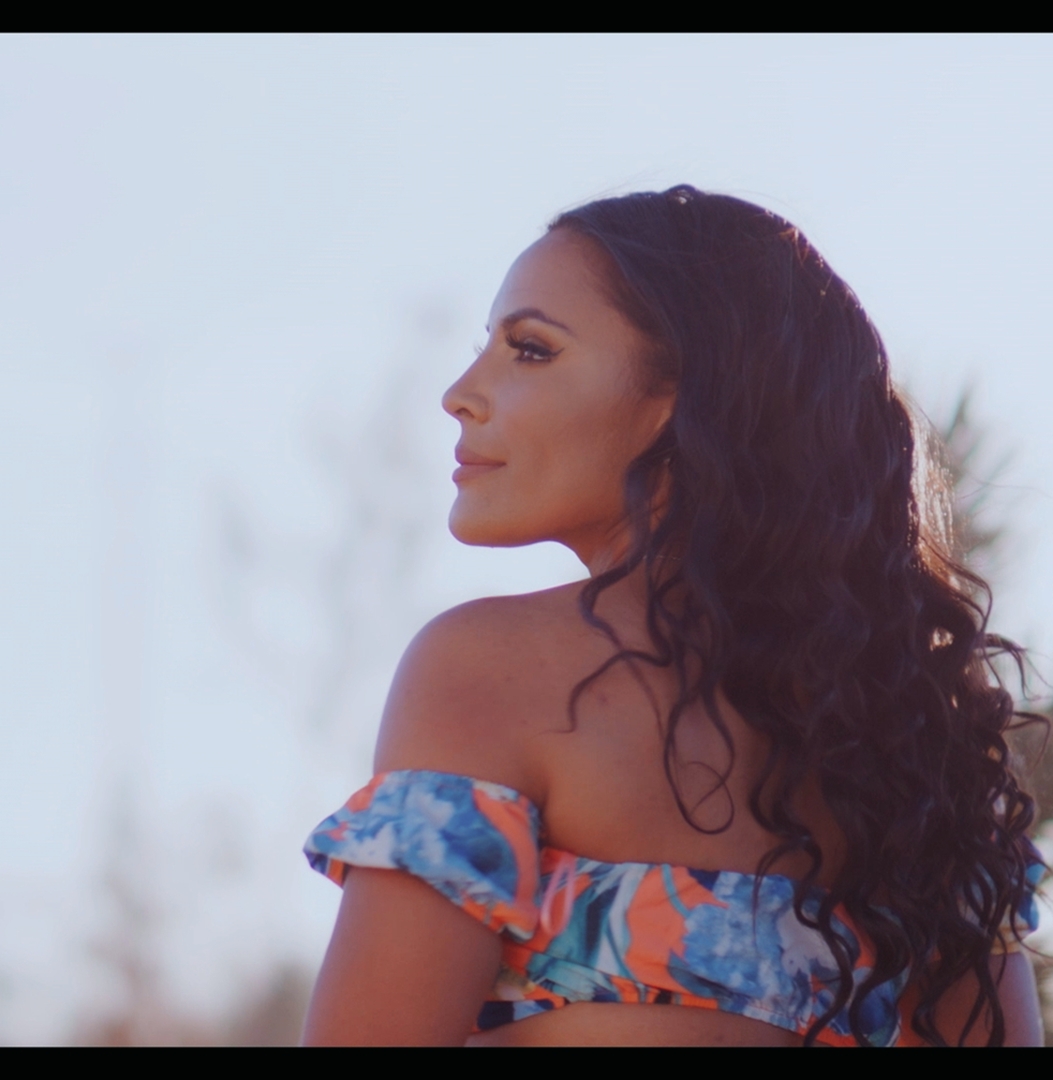 “Crystal Starr: THE GIRL WITH THE GOLDEN VOICE. Crystal isn’t the average “pop” artist, so she made it her mission to incorporate music into her Foundation and entrepreneurial ventures. When asked to share how she brings music to the lives of foster children and the role of her Foundation, “Little Voices,” and though “She Sessions” play in our youth’s daily lives, she replied, “I think I was meant to speak up for the voiceless, and I have made it a priority to involve children in everything I do musically and as an entrepreneur and philanthropist.” – The Source by Shawn Grant

“Crystal Starr was born to sing, something she prides herself in doing since she can remember. Growing up in San Gabriel Valley, the singer-songwriter used to roll on the floor pretending she was Tina Turner — showcasing her love for 90’s R&B and pop. With her smooth, sultry voice, she serenades relatable, real-life lyrics over slick beats equipped with undeniable catchy hooks.” – Flaunt Magazine by Shirley Ju

“Crystal Starr has a powerful voice both on and off the stage. The California native commits to being both an advocate and a spokeswoman for women and youth all around the globe. She spreads awareness through both her music and her nonprofit, Little Voices. Not only that, but Starr also has a concert series, She Sessions, produced through her nonprofit.” – The Garnett Report by Krystal Humes

Dead Horse Branding is an award-winning PR and Marketing firm in Nashville, Tennessee. At Dead Horse Branding, we create, design, and refine the many elements of brands, bringing together each moving piece to ensure the brand will strike the right chord every time. Branding is an identity developed via our DH7 formula; strategic planning, logo/image design, photography/visual assets, website, marketing/social media, publicity, and licensing. We build an image and promote the brand all under one roof. Our branding abilities help us to work across a multi-range of industries including fashion, music, entertainment, culinary, interior design, business, franchises, construction, and many more. Baha Men, LOVING MARY (Steven Tyler’s solo Band), Mushroom Records, Universal Music Group, Sony Music, Studio City, TEDx, Namm, Songwriting University, Marc Jordan, Tony Brown, Music Expo, The Today Show, Lionsgate, and Hallmark are some of the brands we have had the pleasure of working with. We work with clients internationally, with headquarters in both Nashville, TN, and Australia.